Skip to content
Once again, writer Jaap Scholten plays a central role on The Great Yonder. This year we hitch a ride on current events with Jaap’s experiences in the Ukraine. We sit ringside for a sneak preview of his two new books, announced yesterday and one of which is due out this year. The first book, with the catchy title  ‘Three Bags of Women’s Clothing, Two Cakes Kyiv and a Sniper’, is a logbook about a turbulent journey through a country at war and a unique and personal account of the unlikely courage, resilience and unity that the war has awakened among the Ukrainians. This book will be published in October 2022. The second book, about a ménage à trois after the collapse of three empires, the Russian, the Habsburg and the Ottoman, will probably be published at the end of 2023. About ‘Three bags of women’s clothing, two cakes Kyiv and a sniper’: When Russian tanks roll into Ukraine on February 24, 2022, Jaap Scholten makes his way from his village in Hungary to the border to find a young Ukrainian family help them flee their homeland. Scholten becomes more and more involved in the war. He takes in refugees and collects money, supplies soldiers and personally brings 150 kilos of flour to the bread bakers in the liberated city of Chernihiv. He befriends Sean, a former US Marine and sniper, who has been given permission by his wife to fight on the Ukrainian side for three months. When Sean’s time is up, Scholten picks him up in an all-terrain vehicle loaded with relief supplies and fuel. On the journey from Kyiv to Budapest, passing burned-out gas stations and villages turned fortresses, Sean hears details of life at the front and his heart-pounding rescue of a six-day-old baby from an underground hospital in Mariupol. .
Website 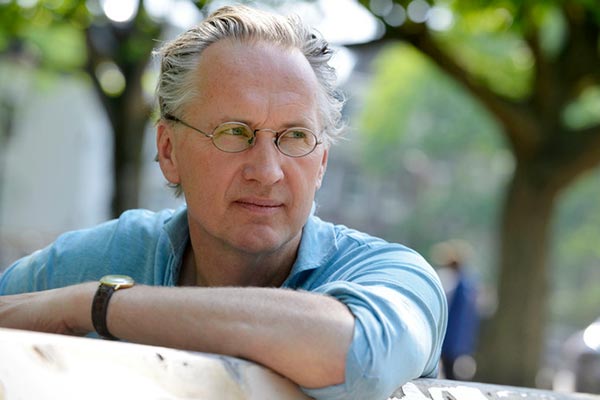