Taraf de Akácfa was created in 2014 by itinerant buskers who met by chance in Budapest on Akácfa Street. The group’s founders came from the United States, Sweden, Hungary and France, ultimately choosing to stay in inspiring Budapest. Over the years, the members traveled through Romania, Moldova and Hungary in search of the origins of the songs they play. In doing so, they learned from some of the greatest folk musicians, notably Taraf de Haidouks and Marcel Râmba, who have greatly influenced their current repertoire. 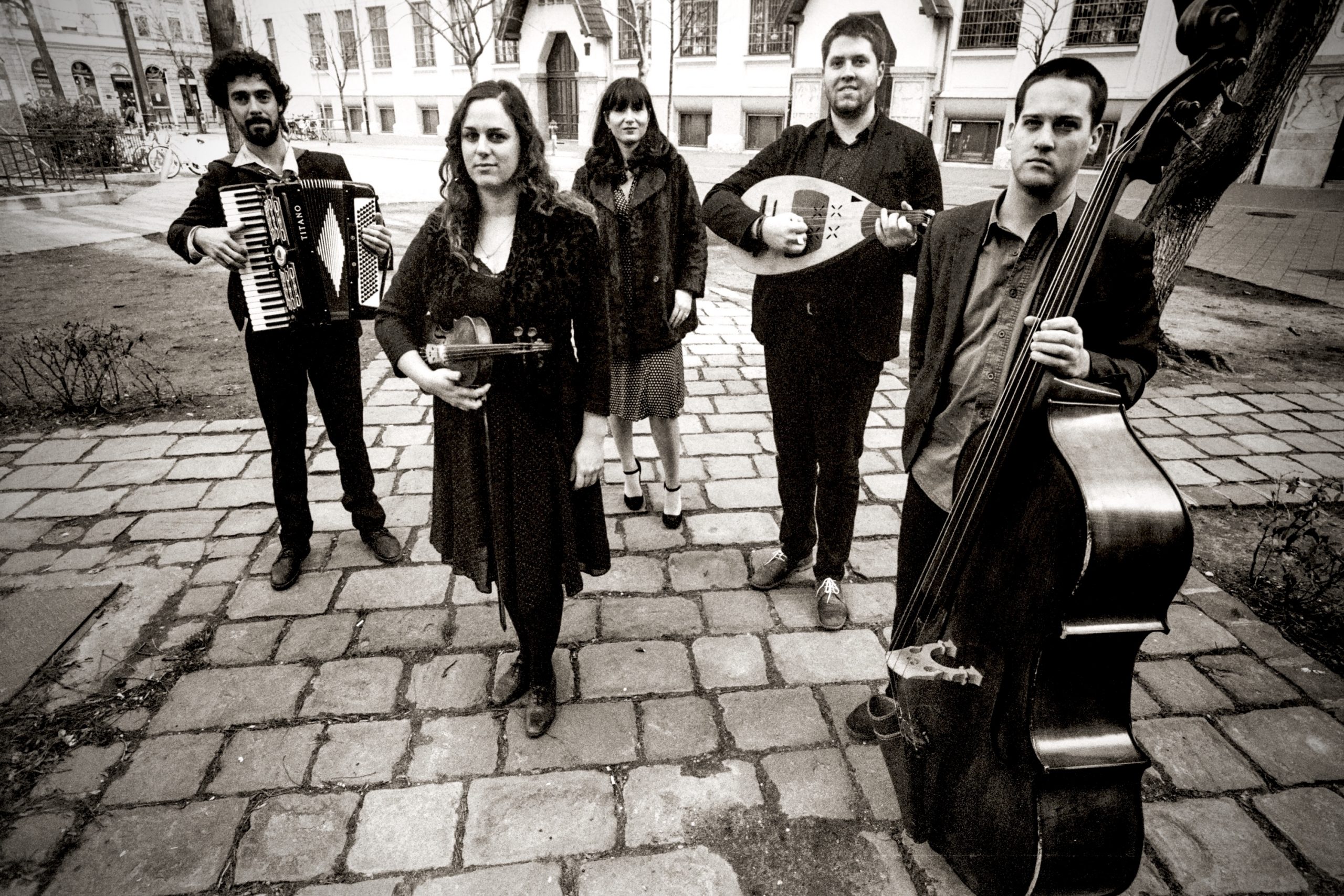