Skip to content
Award-winning BBC journalist, writer and film-maker Nick Thorpe will be present at The Great Yonder to talk about his book The Danube -A Journey Upriver. Nick Thorpe is a writer, filmmaker and award-winning BBC journalist specializing in Eastern Europe and the Balkans, born in England in 1960. He covered the fall of communism across Eastern Europe and the breakup of Yugoslavia for the BBC, Independent, Observer and Guardian, including the wars in Croatia, Bosnia, Kosovo and Macedonia. He has been a BBC Central Europe Correspondent since 1996. Together with BBC colleagues, he won a Peabody Prize for reporting on the refugee crisis in 2015 and a Lovie Prize for best internet reporting in 2018. His book The Danube – A Journey Upriver, was first published in 2013 and has since been translated into 5 languages. In 2020 he wrote and presented an 8-part TV documentary series based on the book ‘The Danube – Against the Flow’ 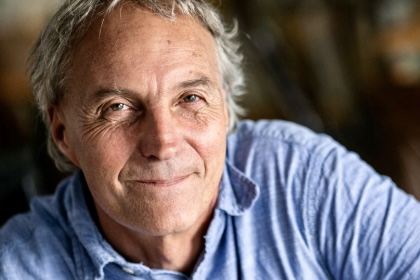