The Italian musician / singer Irene Brigitte comes to The Great Yonder with her own work and a wide repertoire of old, almost forgotten music. Her musical background is in folk and early music, specifically baroque. She has previously played internationally at the International Festival of Poetry, Wunderkammer, Topolò, In the Sounds of Places and New Impressions. With her new group she plays her own work, Michele Todescato play double bass and Matthew Bortolussi on drums and lead vocals. In addition, she regularly participates in crossovers with various ensembles such as O Vive Rose Ensemble and Canary Pipe. Irene also wrote and sang the soundtrack for the short film “The Sleeping Saint” which was included in the selection of the 69th Cannes Film Festival. 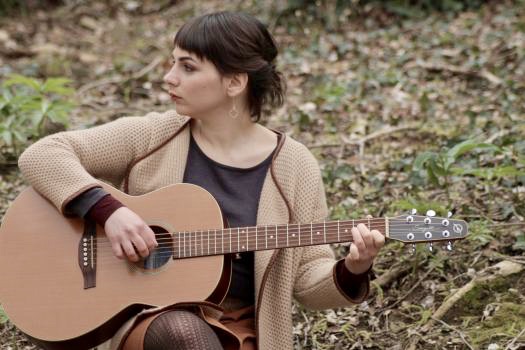