Skip to content
Amsterdam Klezmer Band is coming to The Great Yonder! Anyone who has seen Amsterdam Klezmer Band (AKB) knows what we are talking about: AKB means party! After many legendary performances at the major European festivals, from Lowlands to Sziget, the men are now coming to Yonder. AKB is a Dutch-Jewish mini brass band that was founded in 1996 in Amsterdam. The band plays Yiddish and Klezmer music, but is also influenced by music from the Balkans, jazz, Romani and hip-hop music.
Website Instagram Facebook 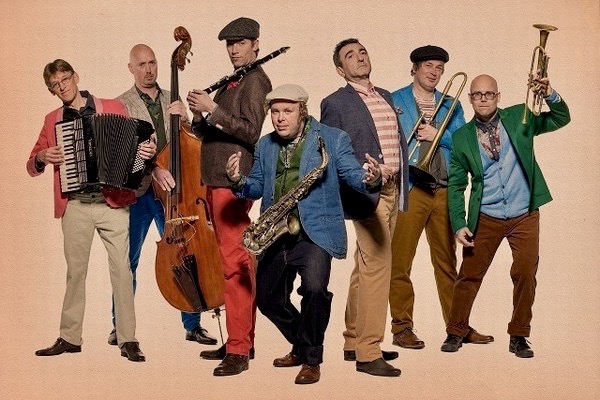